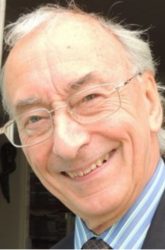 Following an engineering career at RAE Farnborough, and later engagements with computer manufacturers and consultants, Martin set up his own business in 2003 as a consultant project manager, finally “retiring” in 2008. Shortly after this, having been introduced to the U3A by a friend, he attended a Coffee Morning at the Crown Centre and was met and greeted by John Weller and Derek Henry, and signed up soon after. He joined several groups, including Aviation, the emerging Disasters, Local History and Computing, now renamed the Windows Group. Subsequently, he became Group Leader for Aviation and Disasters by virtue of the “Nuclear Option” triggered when, after the leaders at the time had asked for a volunteer to take over, announced the groups would close. So you can see why he is currently so keen to encourage more members to take part in the running of our U3A so that we can enjoy smooth handovers for some of these key roles. He joined the Committee last year as Vice Chairman, and the rest is history!