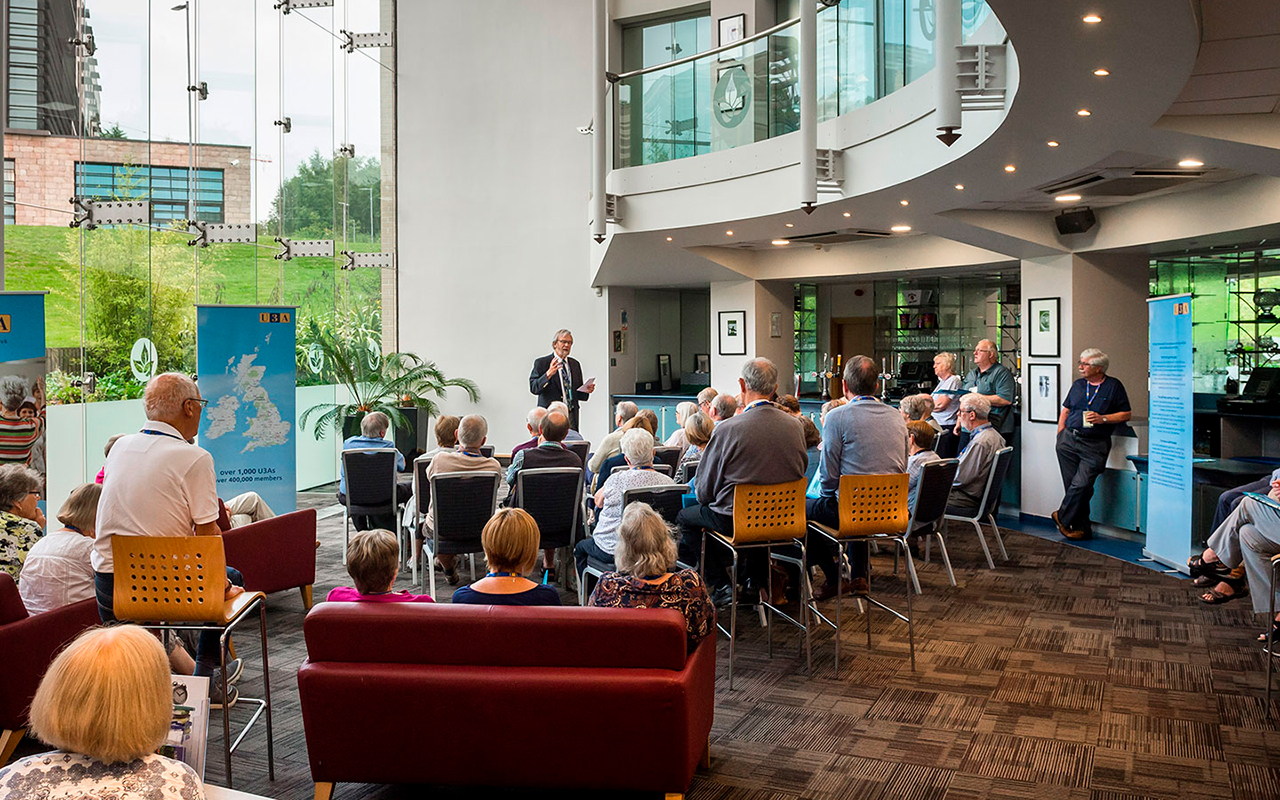 The Universities of the Third Age are democratic, self-funding organisations that provide all types of educational, creative and leisure activities for retired people at minimum cost,  by making use of the knowledge and skills of their members.  They come under the umbrella of the national body “The Third Age Trust”.  Each U3A is essentially a co-operative of men and women who meet to share common interests and a desire to learn for its own sake.

The seeds for ‘Lifelong Learning for older people’ were sown at the Summer School of the Université du Troisième Age held in Toulouse in 1972. This led within a year to the formation of the International Association of U3A’s (AIUTA).

The U3A in the UK started by the creation of the ‘Third Age Trust’ in 1982 as registered charity, No.288007 and limited company No 1759471. Contrary to what was happening in France, there was no support from Universities. It was realised that Third Agers themselves had the skills to organise and teach in their own autonomous learning groups and local U3As were formed.

Most U3A groups in the UK operate in a similar manner and most have adopted a standard constitution, tweaked to suit local circumstances.  As autonomous bodies they run their affairs within their constitutions and as members of The Third Age Trust their representatives can attend the AGM of the Third Age Trust and help to set policy nationally.

Since we learn for the pleasure of it, no qualifications are required and none are given.

The Third Age Trust is a member of AIUTA which aims to promote active learning, research and community service among Third Agers everywhere.

Suggestions for additional groups are always welcome, as are volunteers to run such groups.

The Third Age Trust has an extensive collection of resources including transparencies, videos, DVD’s etc. (but not books) that are available on free loan to U3A groups by contacting:  Elizabeth Gibson, Resources Centre by telephone 0208 3150199 (Tuesdays and Thursdays only) or e-mail

Visit the Third Age Trust website  for more publications about various aspects of the U3A, including advice on setting up new groups.

Visit U3A Sources website to view their regular  publication. There is also a bulletin, published three times a year, with each issue focuses on a particular aspect of learning.